Oh, we are so proud! And it went smoothly! The renovation and move to De Ploeg is now a fact. Now, 2 months after the move, we are inspired every day by the historical character of De Ploeg.

The national heritage site De Ploeg, the industrial heritage icon of Northern Brabant. A unique ensemble of factory and park. The leading Dutch artists, architect and furniture designer Gerrit Rietveld and garden architect Mien Ruys decided to join forces for this project in 1958. These two architects created a particularly complex project in close cooperation, featuring socialist ideals, art and architecture. Architecture devotees, art admirers and garden lovers already visited Bergeijk for this remarkable heritage site. Now that the renovation and reallocation is almost completed and has been restored to its old glory, De Ploeg will most likely become a national top icon with international allure.

De Ploeg, an architectural pearl in terms of light, air and spaciousness, was delivered in 1959 together with the park as production location for the famous Ploeg fabrics. The company was very successful until the seventies but due to the oil crisis De Ploeg was not doing as well, and was forced to scale down. After a further downward period, weaving mill De Ploeg was closed down in 2007. Now, ten years later, Bruns, one of Bergeijk's strongest and internationally operating companies, takes over the baton from the old weaving mill De Ploeg. Bruns took the very challenging decision to take on the renovation and reallocation of the heritage site De Ploeg and the park. The monumental factory buildings were largely empty since the weaving mill De Ploeg went under. As a result, the buildings needed a lot of maintenance. The structural condition required urgent renovations. The fact that Bruns accepted this challenge shows courage, a touch of madness and fondness for the local area. Entrepreneurship in combination with local solidarity, and a local ‘Kempen’ approach resulted into the unique renovation process of this very important monument. All parties involved in the project from the government and market side value the particular manner of collaboration in this project.

Bruns has great affinity for the modernist tradition in Bergeijk The Burgmans family, owner of Bruns and now also ‘De Ploeg’ is a strong supporter of ‘De Ploeg’. During the renovation phase, Bruns already completed Rietveld's shelter and clock. The tradition was revived with Bruns' move to De Ploeg. Bruns combines modern craftsmanship with creativity in a similar way as weaving mill ‘De Ploeg’. Jan Burgmans was well aware that the funds invested in the complex would exceed the actual value of the building. The Bergeijk entrepreneur nevertheless went ahead and returned the old weaving mill to its original factory function. The only industrial complex designed by Gerrit Rietveld has been the stage for Bruns B.V. since the 2nd of January 2017, an international player in the field of exhibition development and museum design. There is a world of difference between the old weaving mill and the building in its current state. A year ago, ‘De Ploeg’ was a worn-out carcass, a monumental burden on the municipality. And now it is sparkling in its new condition, fully ready to become the style icon of Bergeijk. Refurbishment would be an understatement to describe the work that went into the building. The roof, window frames, floor and glass have all been renewed. Yet the building remains recognizable. Inspiration for everything that has been created came from the earlier design of the architect Gerrit Rietveld. The atmosphere is clearly recognizable and the original thoughts of Rietveld were decisive.

The construction team, responsible for the renovation, is very much a Brabant club. The companies, mostly from the Kempen, were able to perform the work in less than a year’s time. Bruns sought out suitable partners to redevelop ‘De Ploeg’ and the main task was the safeguarding of the monumental values of both the park and the building. The complete renovation was performed in record time under the guidance of Lex Burgmans. All parties involved in the project from the government and market side value the particular manner of collaboration in this project. This unique approach stands out due to the transparent construction in which partners had complete say and commitment regarding finances and operations. The direct purchase process, the preference for local partners and the collaboration with a building contractor ensured that the project was completed while maintaining a tight schedule and within the budget. Bruns is immensely grateful to all partners for this achievement, in particular to Lex Burgmans for his dedicated involvement. As architectural project manager and supervisor, Lex was responsible for selecting the right partners and contractors. Bureau Franken, responsible for general project management, communication with the province and municipality, budgeting and changes of the development plan. Aqualon for building the complete W-installation, Burgmans & Alewijns Electrical Engineering for all electrotechnical installations, Geurts Window Frames for replacing the window frames and glass fibre and Bone Interior Design for the wonderful wooden 56-meter wall unit, a complete work of art on its own.

Diederendirrix Architects signed up for the technical and creative redevelopment of De Ploeg’ building. What a job they performed! The building is more beautiful than ever, demonstrating respect for Gerrit Rietveld. The interior design is a clear mark of Aart van Asseldonk, a modern artisan who has a deep knowledge of the materials and techniques he uses. An approach that also suits Bruns’ methods. The new interior seamlessly matches the lines Gerrit Rietveld strived so much for with an added touch of the 21st century. Aart is also responsible for the design of the first exhibition in the visitor centre with the theme ‘100 Years of Style’, an art movement Rietveld was a prominent member of. The centre will open its door to the public in April. The visitor centre is situated at the front of the building and will host the permanently changing exhibitions, and of course the history of ‘De Ploeg’. The park of Mien Ruys will keep its open character. It is the ideal exhibition room for exterior exhibitions. Bruns will keep promoting the organisation of events so that the park receives a more central role in the centre of Bergeijk. 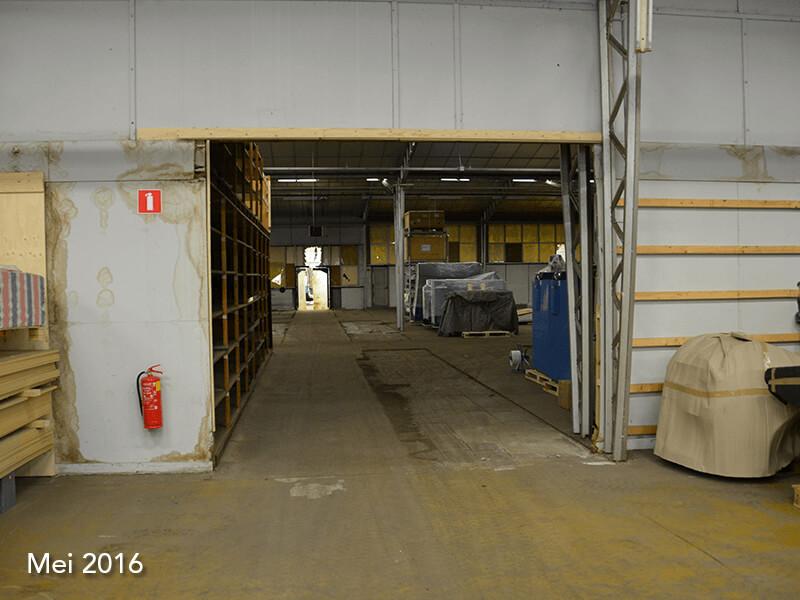 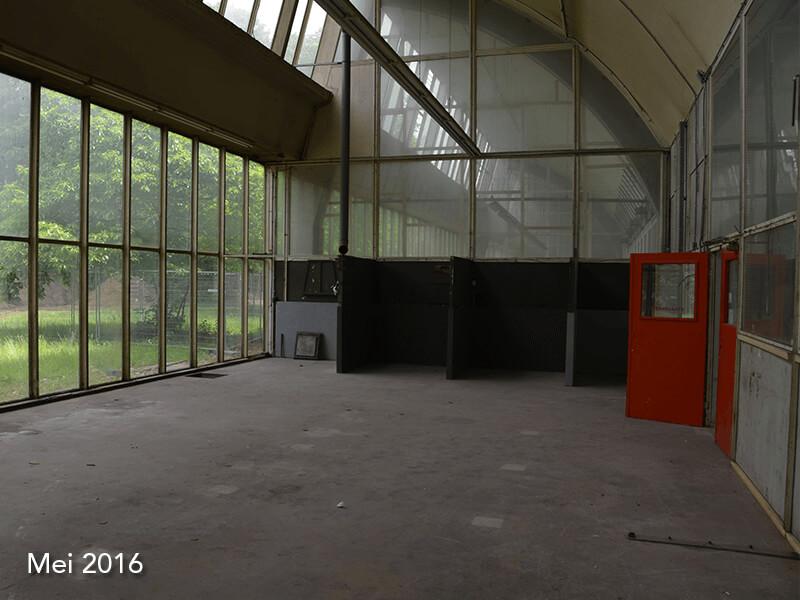 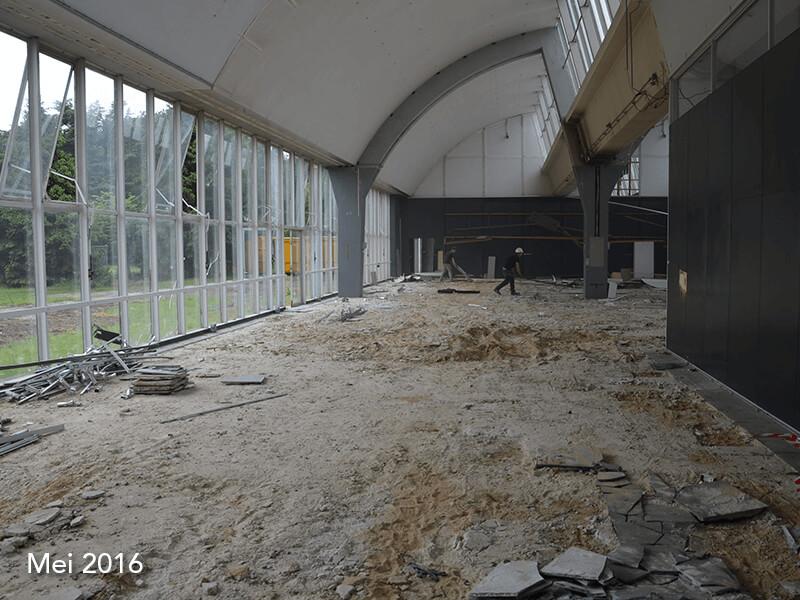 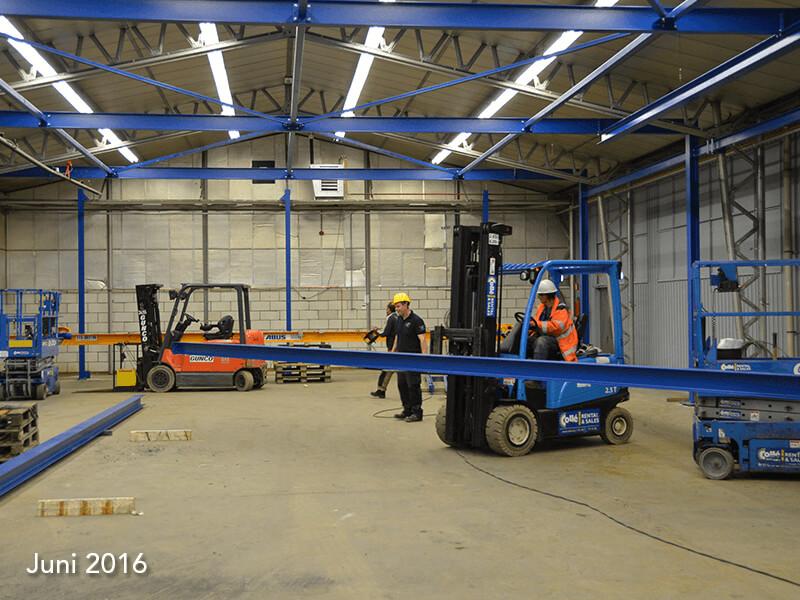 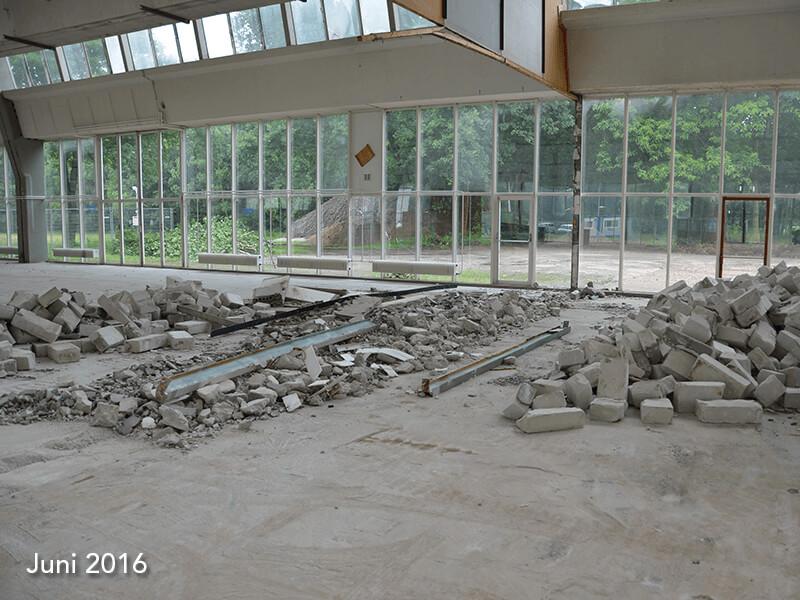 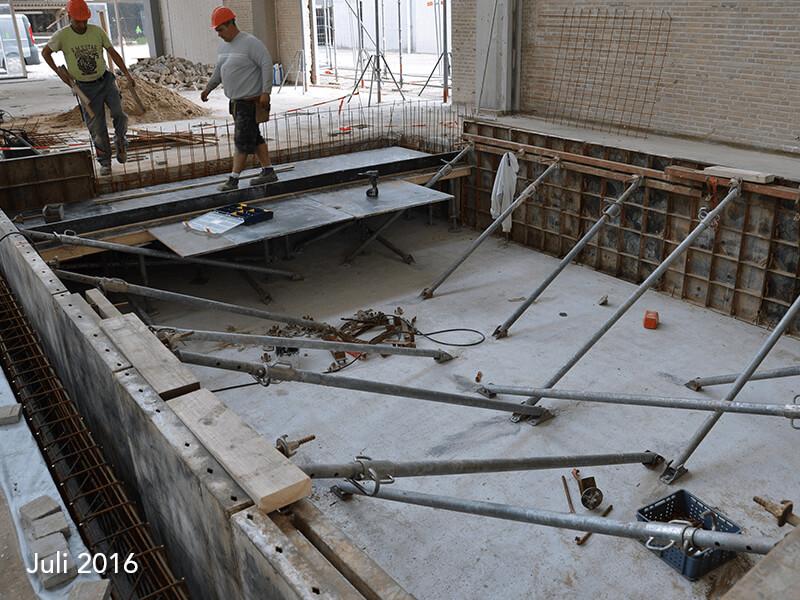 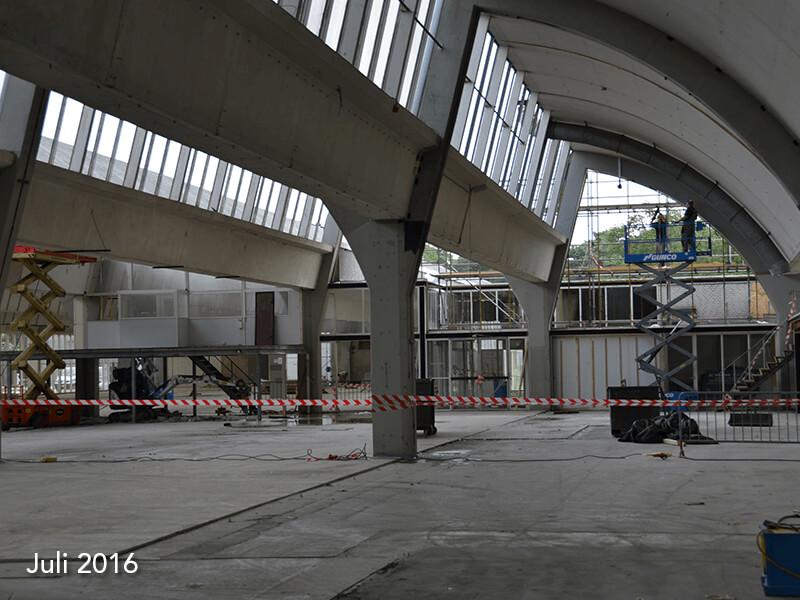 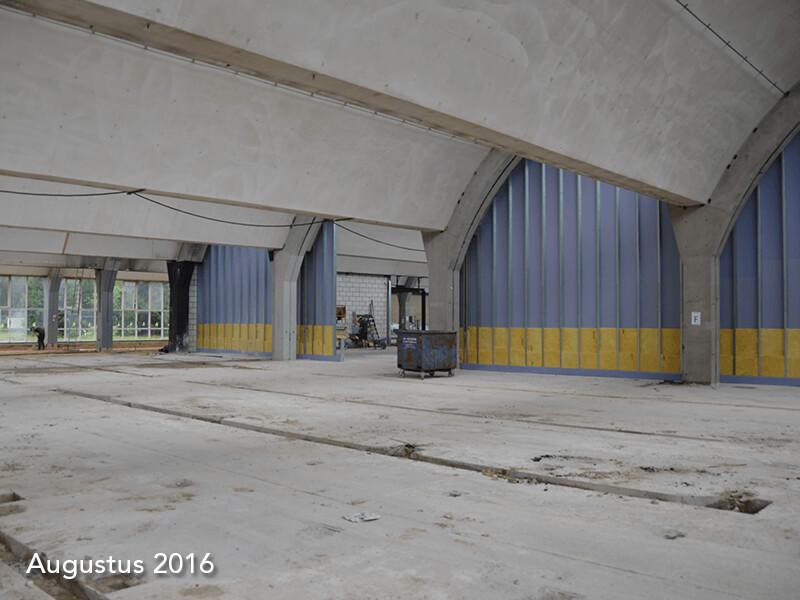 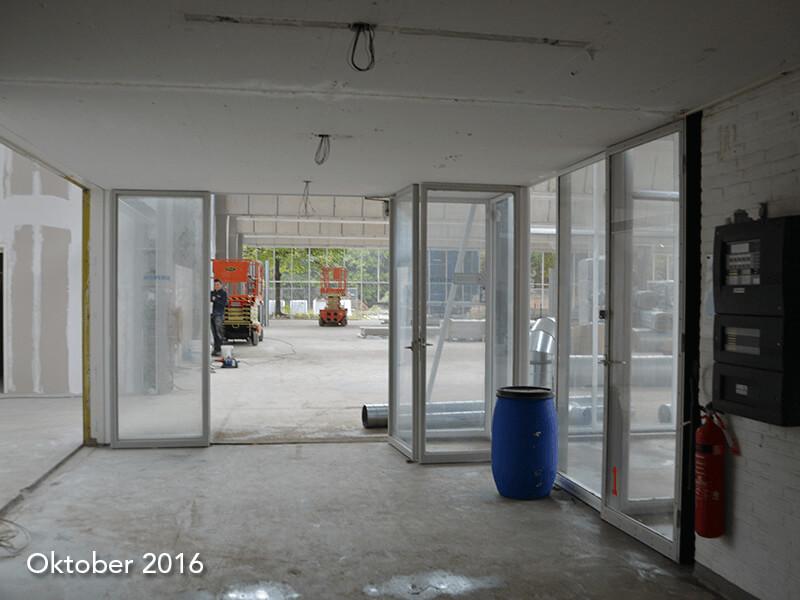 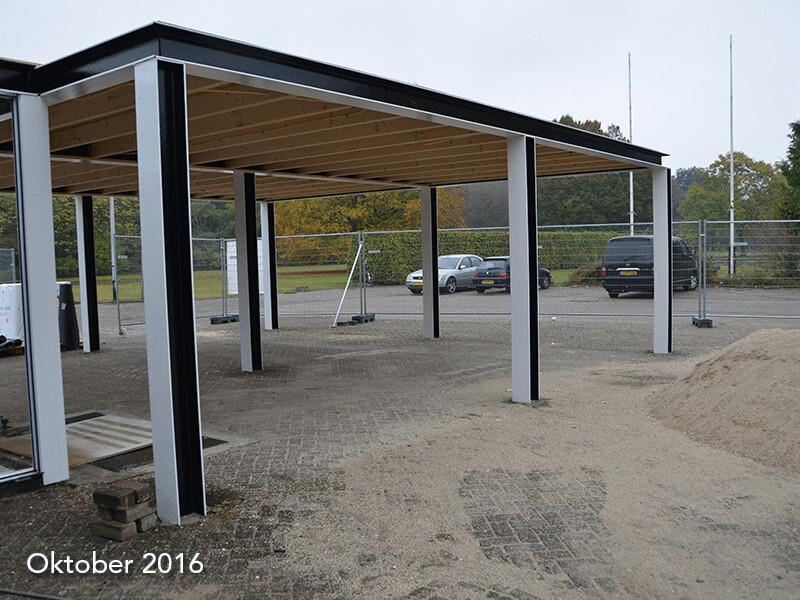 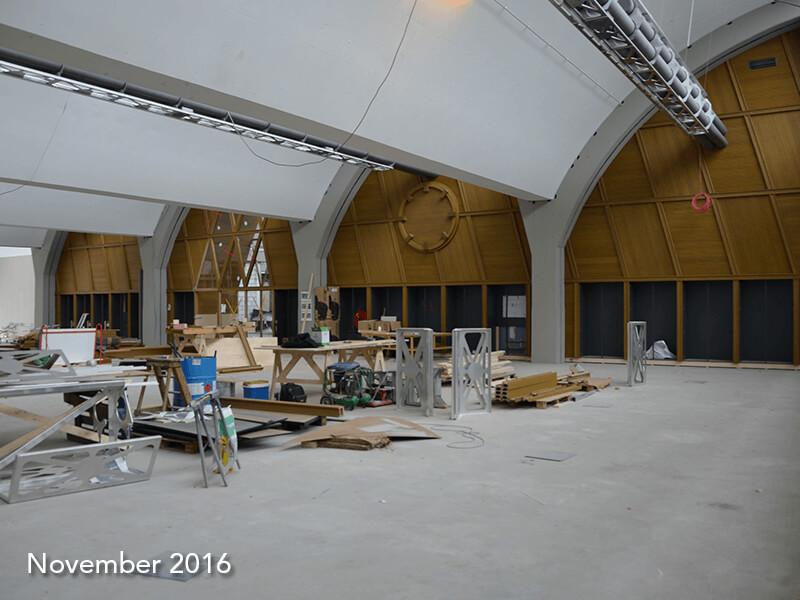 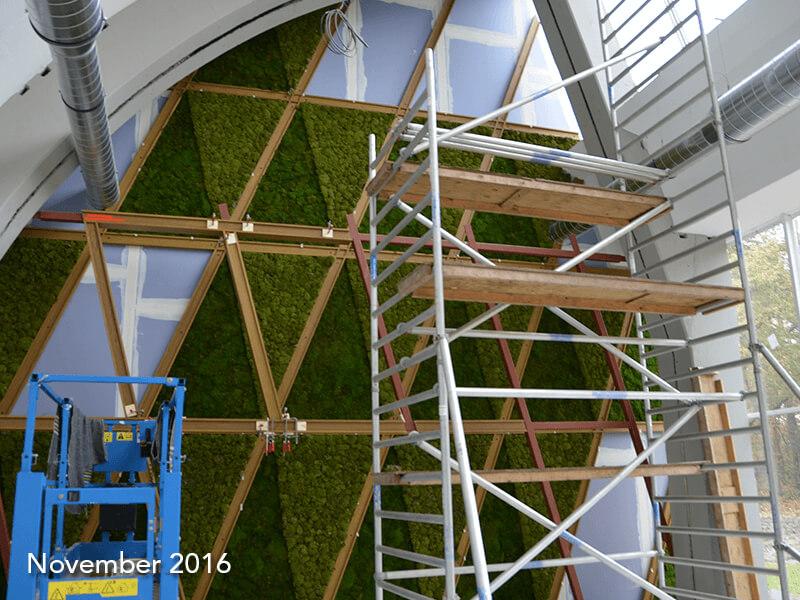 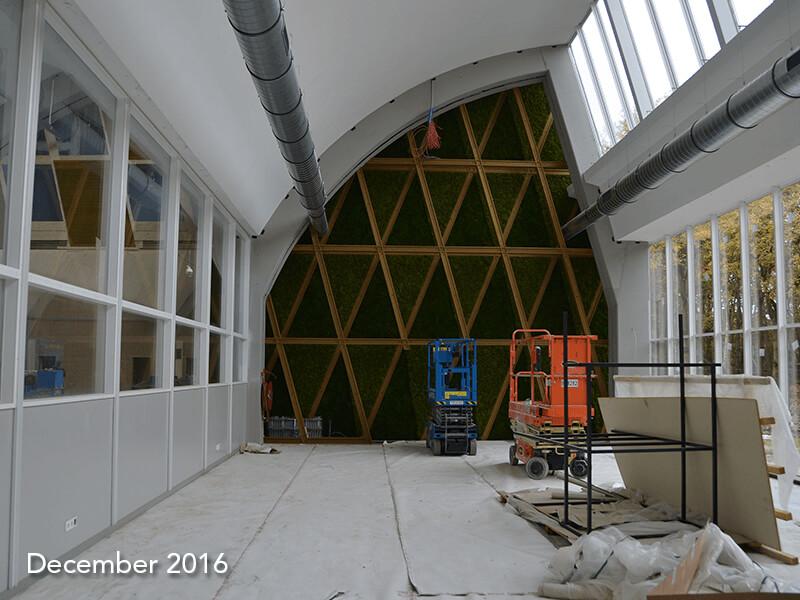 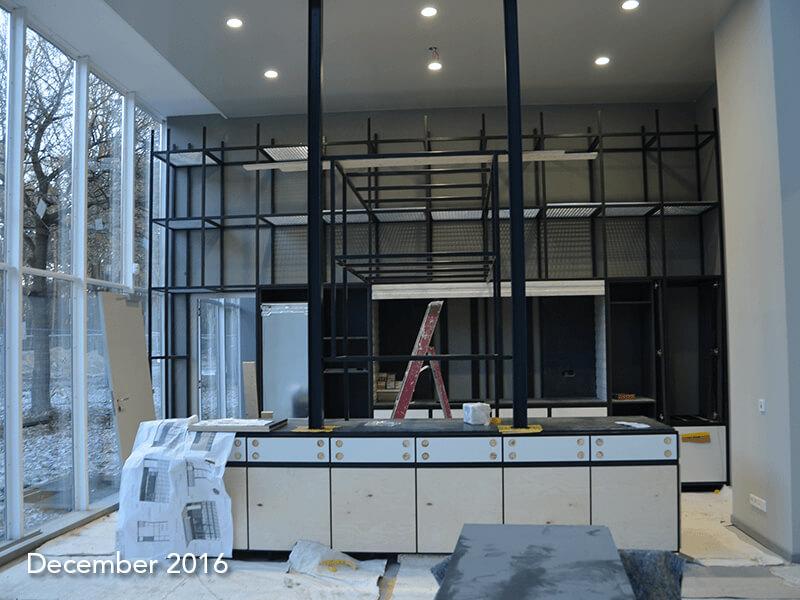 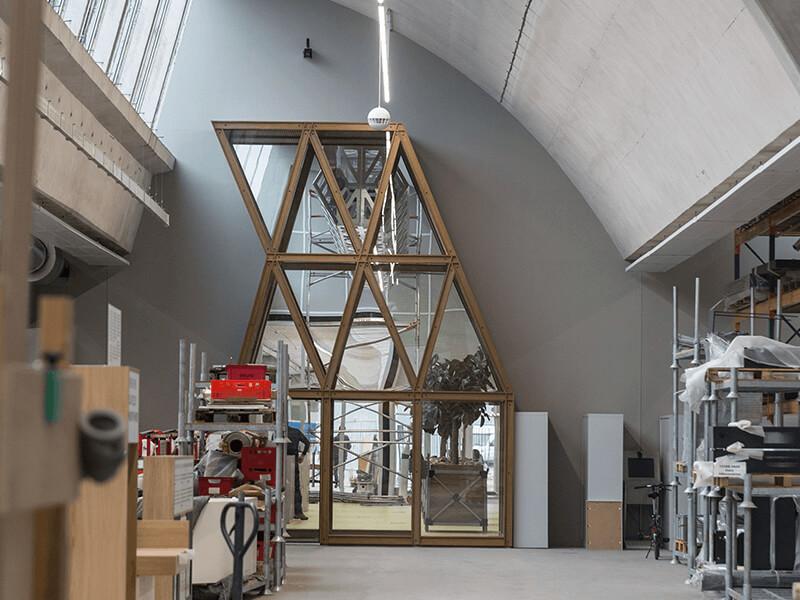 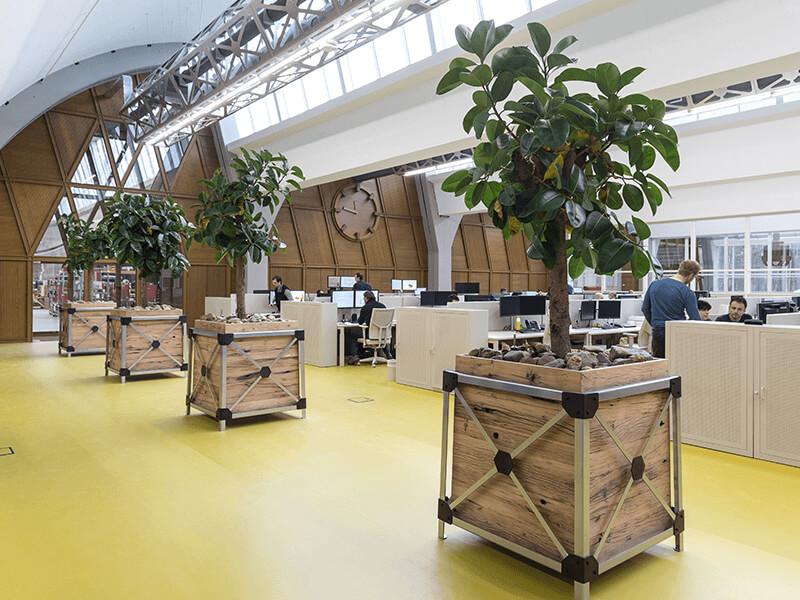 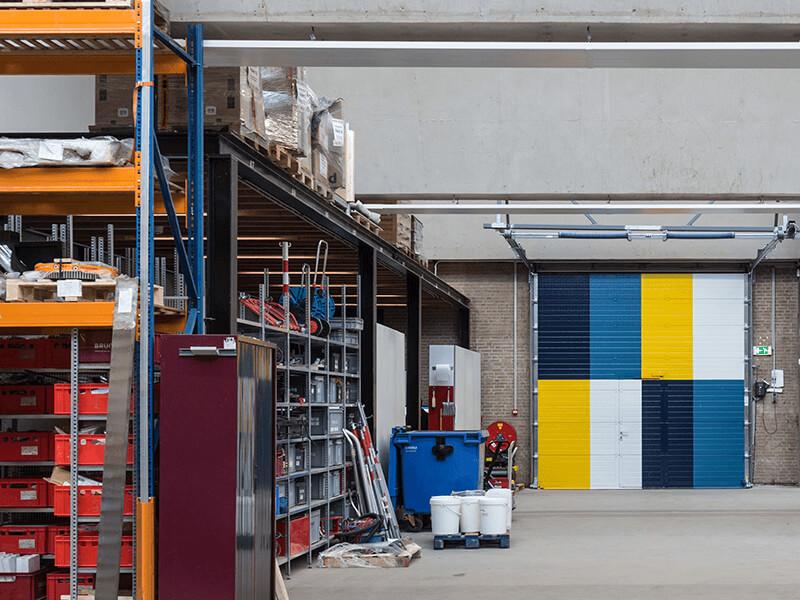 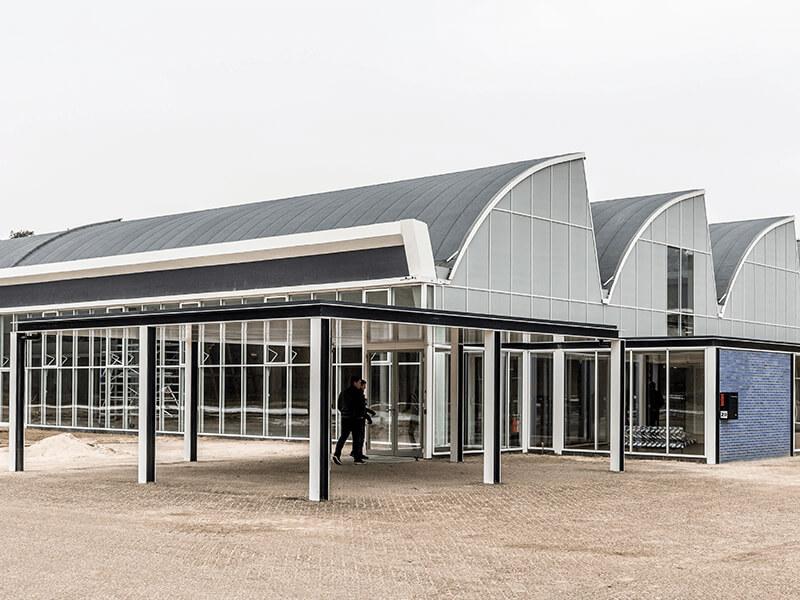 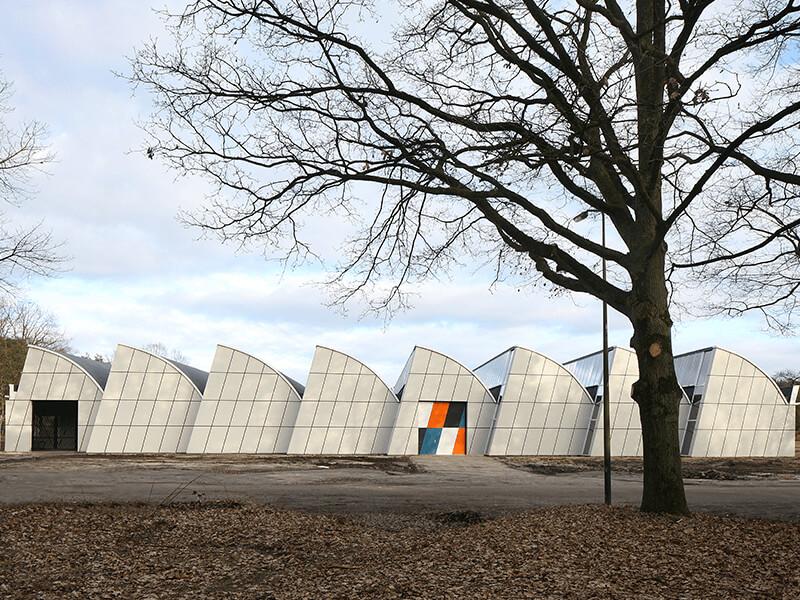 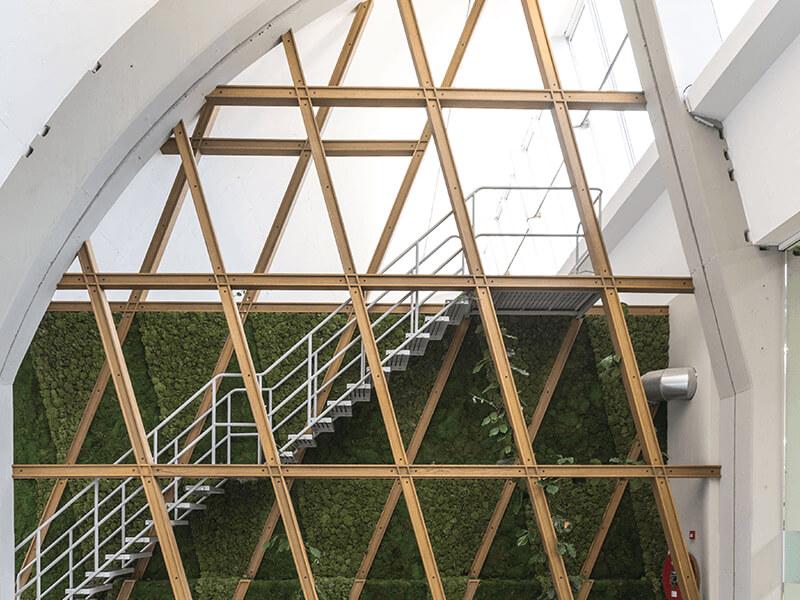