We are moving to Rijksmonument De Ploeg!

We proudly present our movement to Rijksmonument De Ploeg!

Listed building De Ploeg, which is the ultimate industrial heritage icon of Noord-Brabant, is to be the new business location of Bruns BV as from the end of 2016. A four-party agreement between Bruns, Woningcorporatie Wooninc. in Eindhoven, Bergeijk local authority and the provincial government of Noord-Brabant sealed the future of the former weaving factory. The takeover also restores the building's factory function. Where, for years, the famous Ploeg fabrics were produced, soon the focus of the activities taking place in the building will be on developing exhibitions and high-tech exhibits for museums, science centres and information and visitor centres.

Although it started out as a model building specialist Bruns has, in recent decades and under the leadership of managing director Jan Burgmans, grown to become a strong family business with a leading position in the Netherlands and Belgium. The company is one of the top five exhibition developers and producers in the world. By moving its business to the De Ploeg listed building Bruns is emphasising its international status as technical and creative trendsetter and is positioning itself at the centre of the design and museum world.

Rietveld and Ruys: a perfecte match

Listed building De Ploeg is a striking industrial complex located in a modern landscape park close to the centre of Bergeijk. The factory was built in the Nineteen Fifties based on a commission by the De Ploeg weaving mill, a socialist-oriented working community. Furniture maker and architect Gerrit Rietveld, whose star was rising quickly at the time, was asked to come up with the design. During the same period Rietveld also designed the interior of the Dutch pavilion for the Brussels 1958 World's Fair and striking aircraft interiors for KLM. The management of De Ploeg believed that workers should be able to work in a pleasurable and green environment and therefore tried to create a harmonious model of industry and nature. They asked garden designer and landscape architect Mien Ruys - who was the leading authority in garden design – to create the landscape park. Rietveld and Ruys were a perfect match. Both had the ambition to make high-quality design accessible and available to a wide audience based on ideas about functionalism and standardisation. The factory and park were completed in 1959 the production of Ploeg materials could resume at this idyllic location. More than 55 years later, Bruns is now taking over. When the building ceased to be used for weaving activities in 2007 its structural condition had deteriorated considerably and it first had to be expertly restored.

From factory to factory

The eventual move to this unique listed building will give the company a total surface area of no less than 11,000 m2. The restored factory complex is to become home to the offices, production halls and warehouse. There will also be space for a visitors' centre which, based on the theme of ‘Rietveld & Ruys’, will shine the spotlight on the location's famous cultural-historical past. The visitors' centre will also serve as an interactive showroom for customers and will be furnished with examples of all the disciplines that Bruns has mastered, including working models, inspiring exhibits, the latest in mechatronics and multimedia, showcase solutions and lighting techniques.

The park designed by Mien Ruys offers additional scope for experiences. It is going to have an open plan design and will also function as an extension to the visitors' centre. It is the ideal demonstration space for outdoor installations with a high educational value. Bruns will encourage the organisation of public events so that the park acquires a more central role in the centre of Bergeijk. Increasing social involvement will enable the park to retain its lively character. Thanks to this development, the De Ploeg listed building and the surrounding landscape park are guaranteed a long future and the cultural-historical value of the ensemble will continue to attract the attention of a wide audience.

Incidentally, the factory is Rietveld's only industrial building and has unique characteristics, such as semicircular saw-tooth roofs, elongated glass façades and unique natural light. It is an architectural pearl as regards light, air and space. The building has global allure, but this does not detract from the fact that Rietveld preferred architecture with human features and dimensions. The Mien Ruys park was designed as a factory park and village garden. Recognisable style elements are the long sightlines, lawns with trimmed edges, neatly clipped hedges, lush borders with perennials and many exotic tree sorts. The park is considered to be one of the most important external space listed buildings from the ‘Modern Architecture’ era in the Netherlands.

However, apart from the factory and the park, Bergeijk is also home to two residential houses, a bus shelter and a clock by Rietveld and a variety of (school) gardens and parks by Mien Ruys. This ‘Rietveld & Ruys’ heritage is concentrated within an area of a couple of square kilometres. Rietveld even made drawings of a residential neighbourhood which was unfortunately never built. After Utrecht, Bergeijk has the most Rietveld objects and, in combination with the work by Mien Ruys, this is unique for the Netherlands.

Bergeijk: an oasis of good taste

De Ploeg built up a considerable reputation via international congresses on spatial planning, urban design and residential construction which were organised during the Nineteen Sixties. Bergeijk was portrayed as an example to the rest of the world. In addition to this, the park hosted textile and glass exhibitions by famous artists and designers, including Wim T. Schippers and Andreas Copier. A lively artists' environment sprang up around Spectrum designer and art collector, Martin Visser. Visser was responsible for bringing international artists such as Donald Judd, Carl Andre, Sol LeWitt, Christo and Panamarenko to Bergeijk. Their work was created at the local Nebato metalworking factory which is where ’t Spectrum also had its furniture produced.

Halfway through the 20th century, Bergeijk was the ‘creative centre of the world’. It was a fertile breeding ground for ideals relating to living, design and architecture and it was abuzz with progressive endeavour. Bergeijk was synonymous for high-quality and uniquely designed interior fabrics and furniture. There was support for the ideas of the Good Living Foundation [Stichting Goed Wonen] with its goal of simplicity and functionality, economical use of materials, machine productive ability and affordability for large sections of the population. The progressive climate in Bergeijk also contributed to the emergence of and appreciation for ‘Dutch Design’.

Bruns has considerable affinity with the modernistic tradition in Bergeijk. “We have a deep affection for De Ploeg”, explains Managing Director Jan Burgmans. While the complex was being converted, Bruns was busy restoring Rietveld's bus shelter and clock. The move to De Ploeg will breathe new life into the tradition. Similarly to the De Ploeg weaving mill, Bruns combines modern workmanship with creativity. As Jan Burgmans explains, “Although we are a technical company, we have considerable affinity with creativity. For our projects we, of course, cooperate with the best design agencies. Our expertise is to look for creative solutions to create the maximum exhibition or museum experience. This requires workmanship, insight and flexibility. Being open to new methods, materials and techniques. You could say that we are technically creative.”

But there are parallels, such as the pursuit of high-quality and a maximum experience for the end user. Just like De Ploeg attracted inspiring designs to provide the international market with quality products, Bruns is also surrounding itself with leading design agencies in order to create challenging experiences. The National Military Museum was completed at the end of 2014. It is one of the largest and most challenging assignments Bruns has ever undertaken, and the company cooperated during the project with design agency Kossmann.dejong. In 2015 Bruns and NorthernLight were awarded the tender for the design & build of the Esplora science centre on Malta and together with Tinker Imagineers an innovative brand experience was realised for Maison Cailler, a Nestlé brand name, and the oldest chocolate factory in Switzerland. Bruns has also created works of art, unique objects and design products in collaborations with Marcel Wanders, Jurgen Bey, Frank Tjepkema, Eelco Brand and for companies like Philips Design and TomTom.

The relocation of Bruns to the De Ploeg complex signals a new period of growth in its fifty or so years' existence. The company's expansion means more advanced production possibilities and that it will have its own showroom featuring state-of-the-art technology. In the future customers will be able to find out about the latest applications and try out interactive exhibits on site. Bruns as an innovative centre of good taste with international allure. 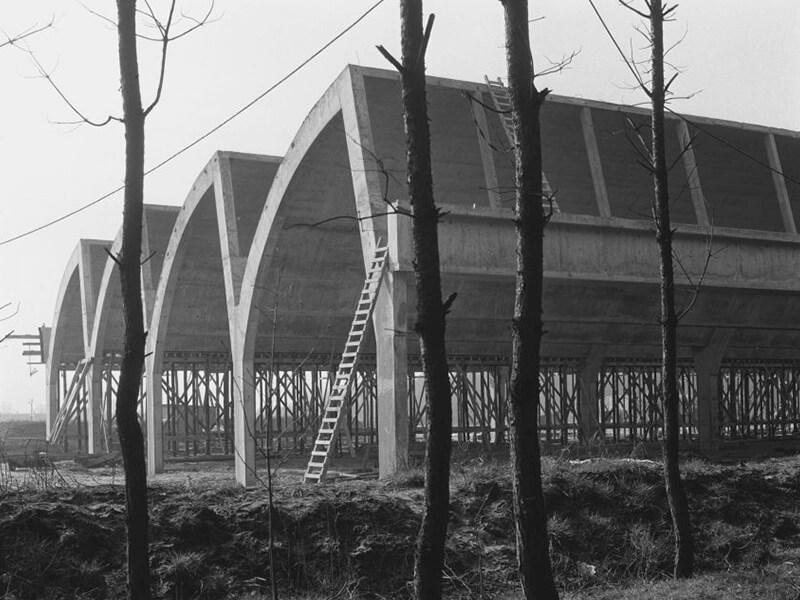 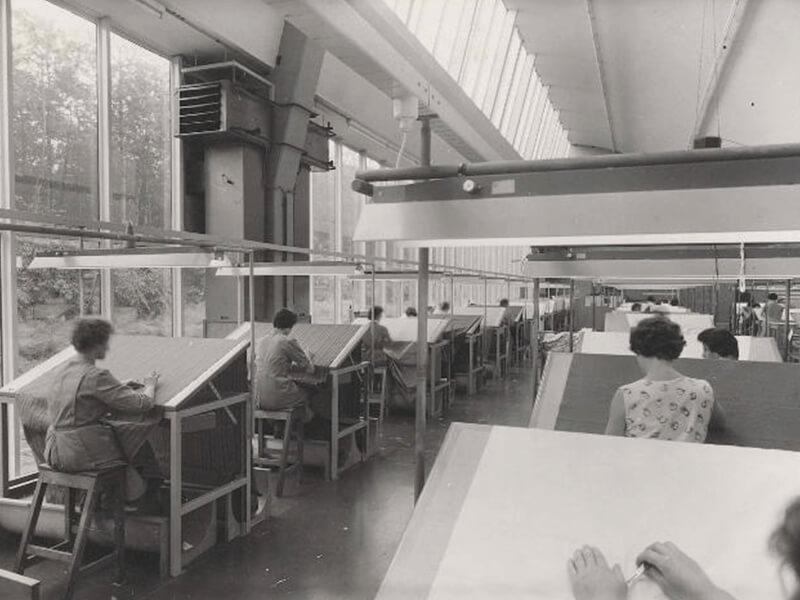 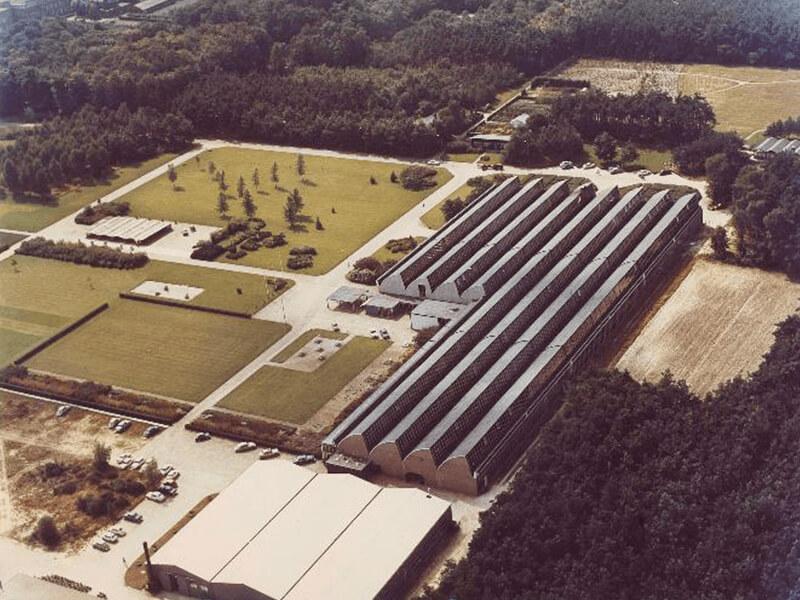 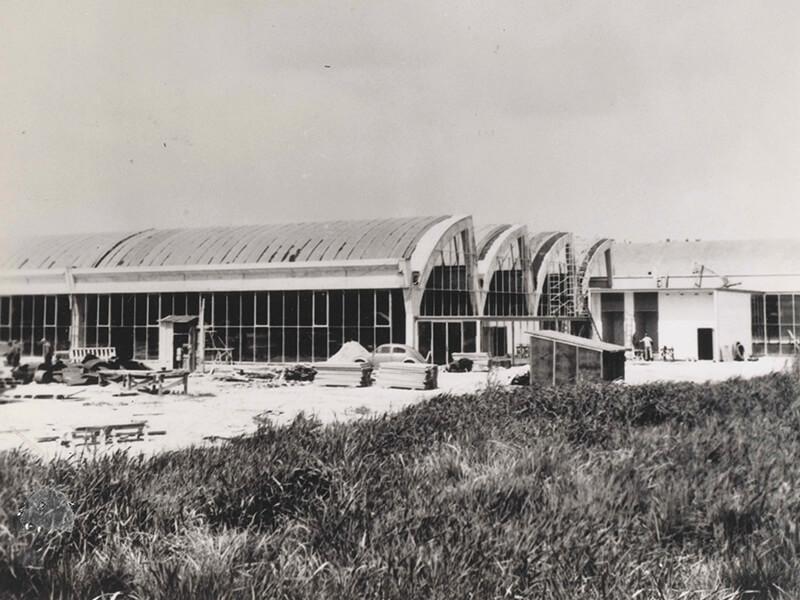 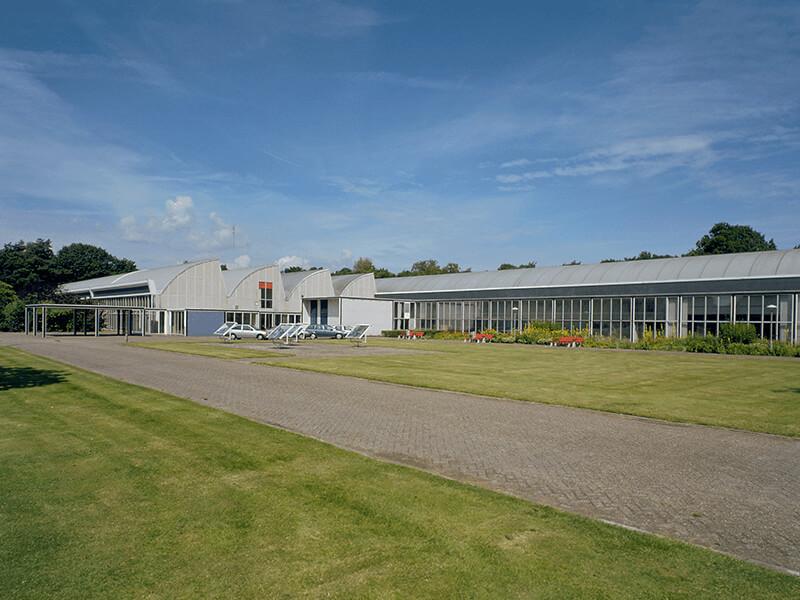 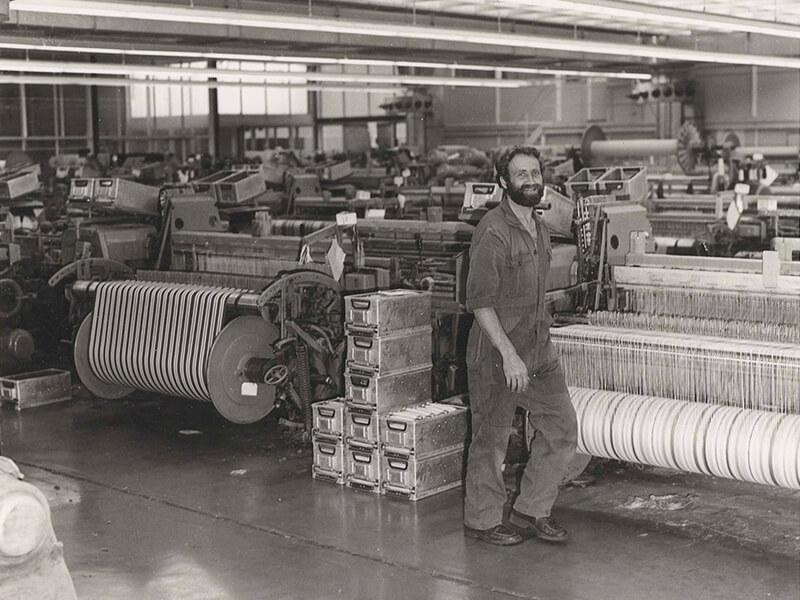 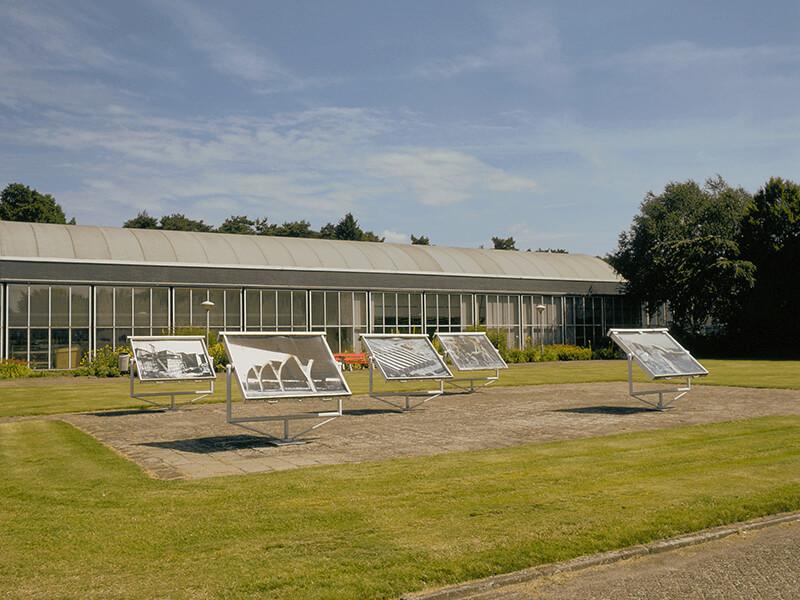 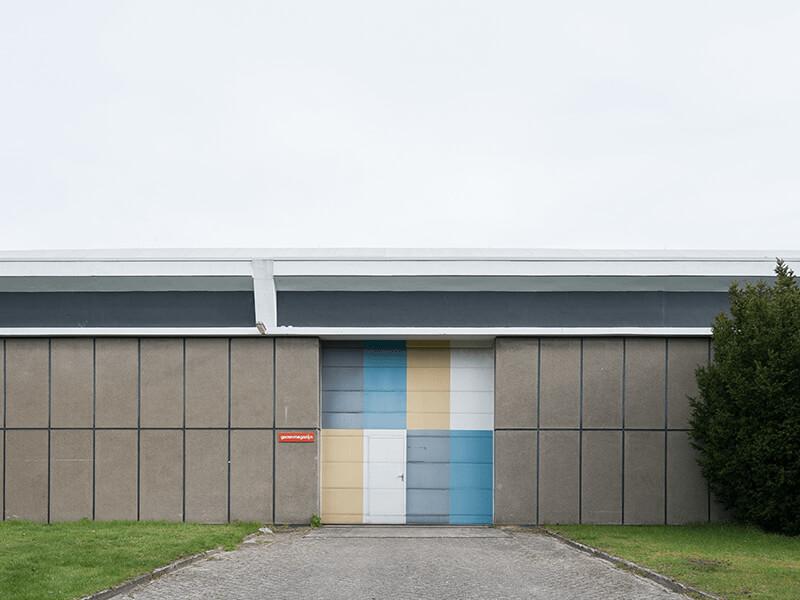 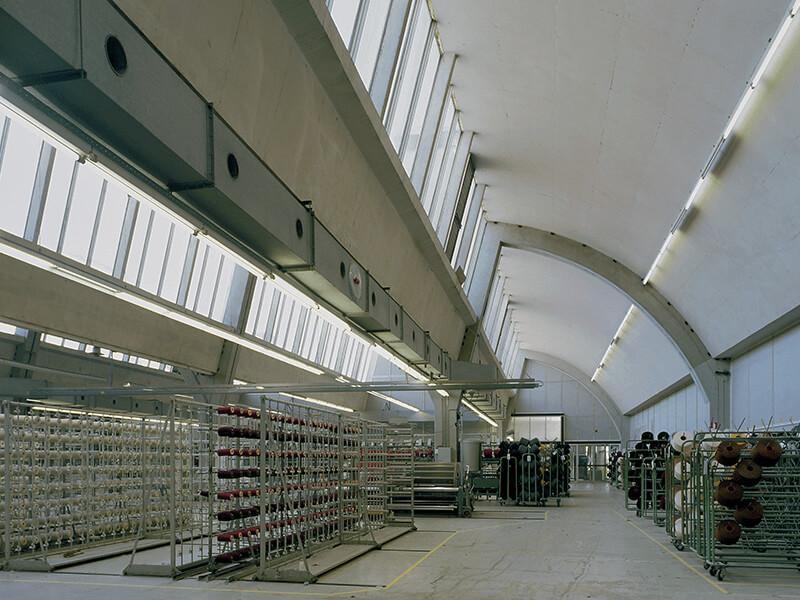 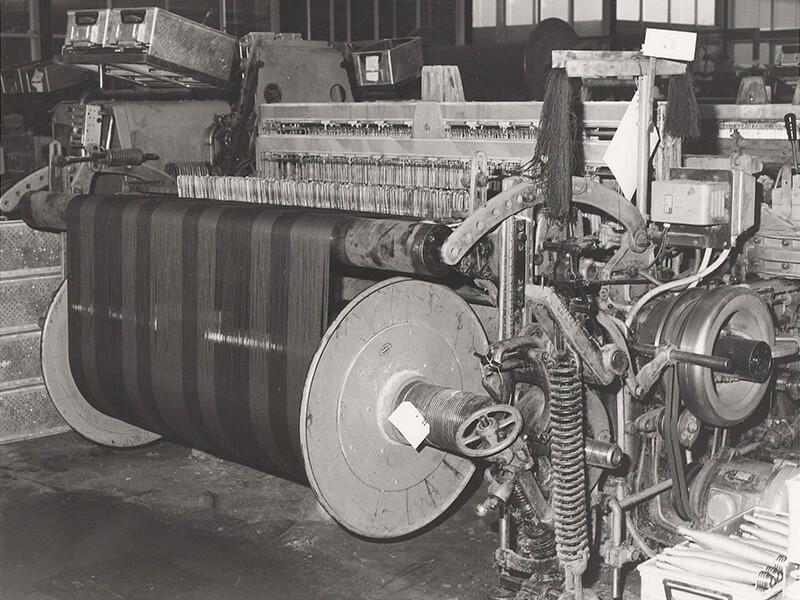 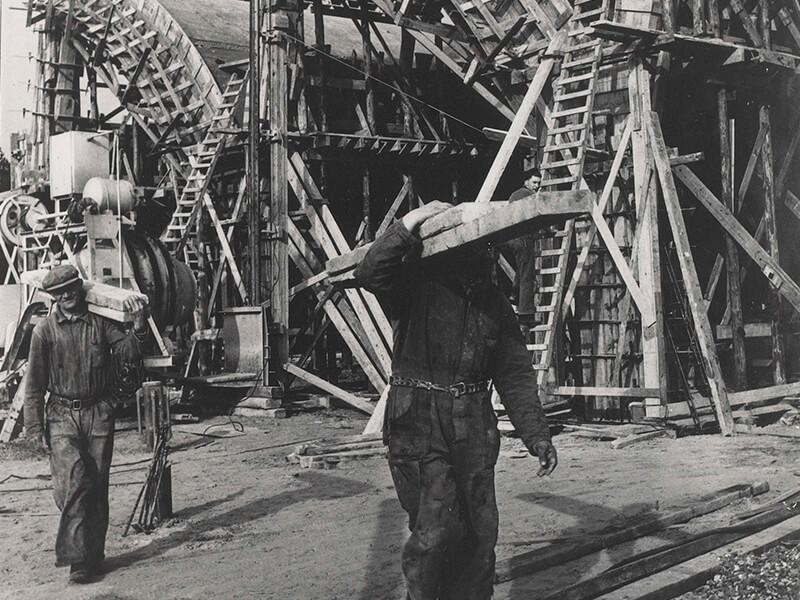 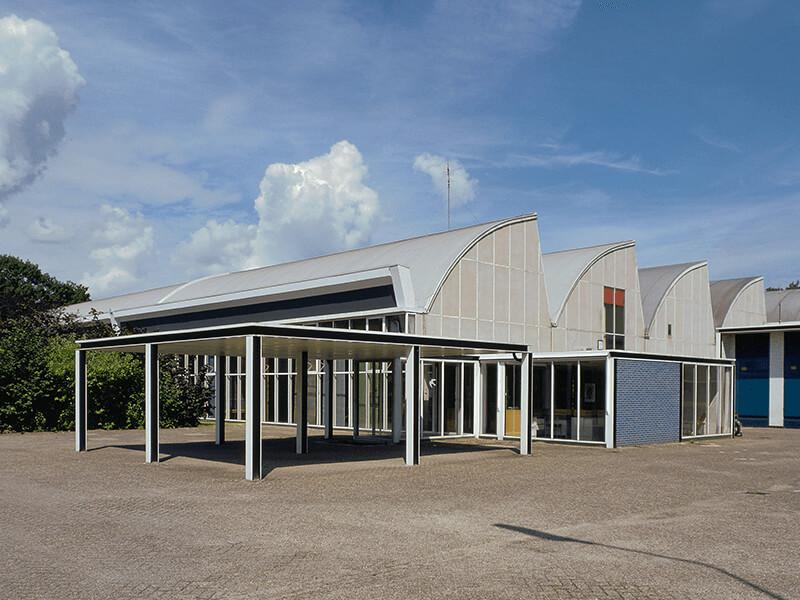 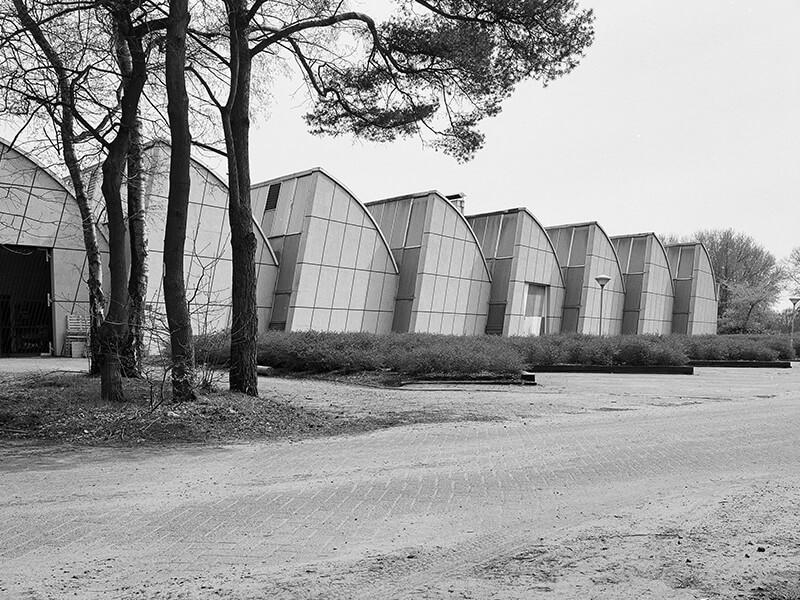